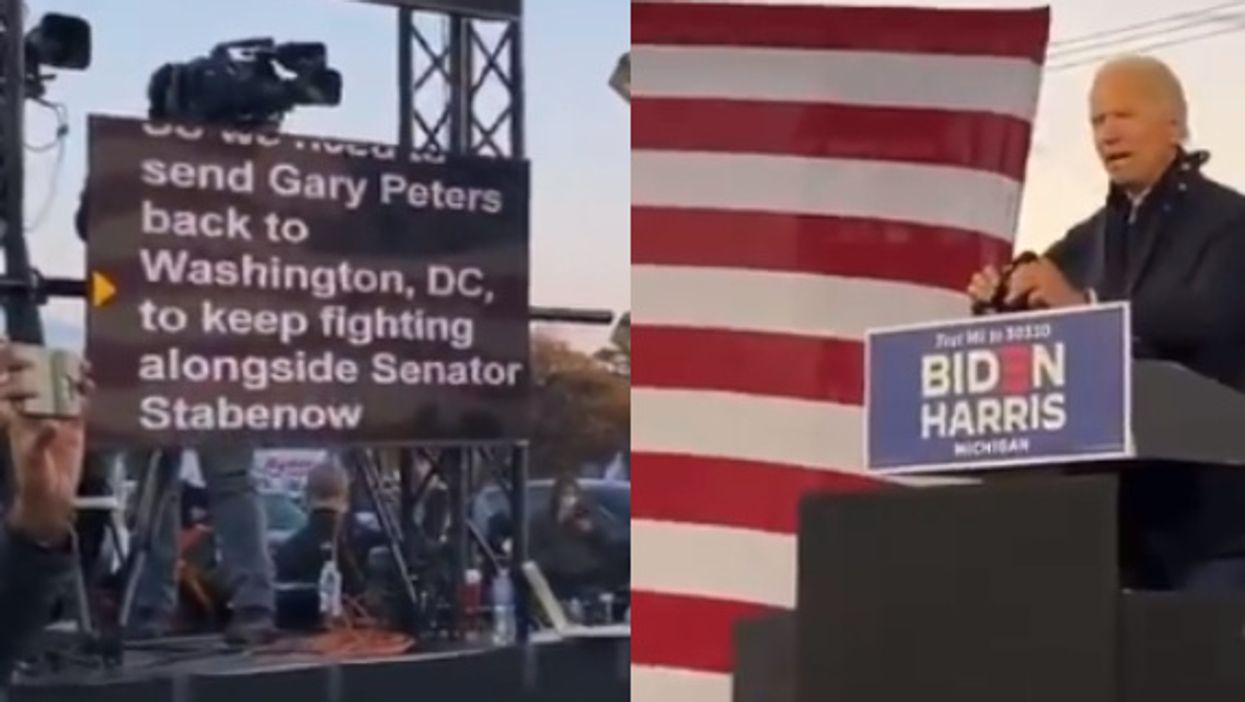 Despite Joe Biden reportedly holding a commanding lead over President Donald Trump in the polls, some which show the former vice president leading by double digits, Biden continues to draw anything remotely close to a sizeable crowd. The concerning lack of excitement over Biden’s campaign was punctuated last week when the Democratic presidential nominee and his running mate Sen. Kamala Harris (D-Calif.) made a campaign stop in Phoenix, and there was zero fanfare to greet them.

The Biden campaign experienced another dismal rally on Friday in Detroit, Michigan. Biden appeared at a “voter mobilization event” in Detroit at around 6:20 p.m. on Friday. This was a drive-in rally at the Michigan State Fairgrounds in Novi.

Video from the sparsely attended rally was shared on Twitter, where online commenters quickly noticed that Biden’s teleprompter was bigger than his crowd.

The Biden campaign has been sensitive towards questions regarding Joe’s use of teleprompters. Last month, Biden’s national press secretary for the campaign became extremely defensive when he was asked about teleprompters.

Fox News’ Bret Baier asked Biden spokesman TJ Ducklo, “Has Joe Biden ever used a teleprompter during local interviews or to answer Q&A with supporters?” Despite being asked the question several times, Ducklo never answered the question, dismissing the query as “straight from the Trump campaign talking points.”

In addition to the meager crowd at Biden’s rally on Friday, Detroit was no picnic for Biden. Besides his poor turnout at the rally, Biden was asked about the New York Post article featuring alleged emails from Hunter Biden, which outline his son’s reported overseas dealings in Ukraine and in China.

Right before Biden boarded a plane in Detroit, CBS News reporter Bo Erickson asked the former vice president for his response to the article. Biden lashed out, called it a “smear campaign,” adding, “Right up your alley, those are the questions you always ask.”

I asked Joe Biden: What is your response to the NYPost story about your son, sir?

He called it a “smear campaign”… https://t.co/tFoft0DbVS

Far-left actor Mark Ruffalo tweets, ‘Unless you are Native American you are an immigrant in this country. FULL STOP.’ And the backlash is severe.

Biden denied calling Trump ‘xenophobic’ over his coronavirus response at the debate — not only did he say it, he tweeted it too