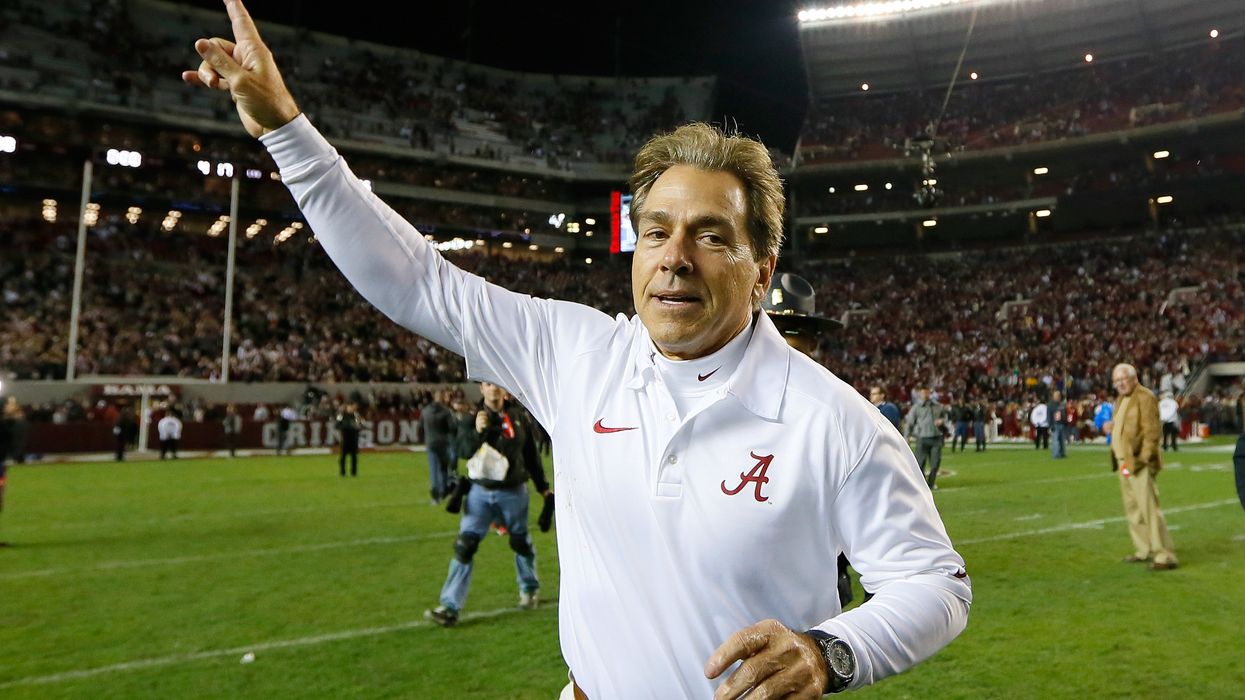 Following three straight negative COVID-19 tests, Nick Saban has been medically cleared to return to the sidelines for the University of Alabama’s game against Georgia on Saturday night, a battle between the only two unbeaten teams in the SEC.

Saban tested positive for coronavirus on Wednesday. Since then, he has tested negative for COVID-19 multiple times, rendering the initial test as a “false positive.”

Due to the fact that Coach Saban has remained completely symptom-free and had five negative PCR tests, split between two separate labs, the initial test from Wednesday is considered a false positive under the SEC protocols. Again, that initial positive result came from an outside lab we’ve used to supplement the SEC mandated testing. We have been in constant communication with the conference office throughout this process to ensure compliance with all applicable protocols. In accordance with the SEC Return to Activity and Medical Guidance Task Force Protocol and with the approval of The University of Alabama System Health and Safety Task Force, Coach Saban is medically cleared to safely return to activity effective immediately.

The negative test results arrived in the nick of time as Saban will now be back to lead No. 2 Alabama in its major showdown against No. 3 Georgia at 8 p.m. ET at Bryant-Denny Stadium. Had Saban not gotten the negative test result back soon enough, offensive coordinator Steve Sarkisian would have been the acting coach for the Tide.

Saban had been asymptomatic since his positive test, which was performed by an outside lab. Saban had been sent home, where he was receiving daily polymerase chain reaction tests. PCR tests are more accurate than antigen tests, which have a reported rate of false negative results as high as 50%.