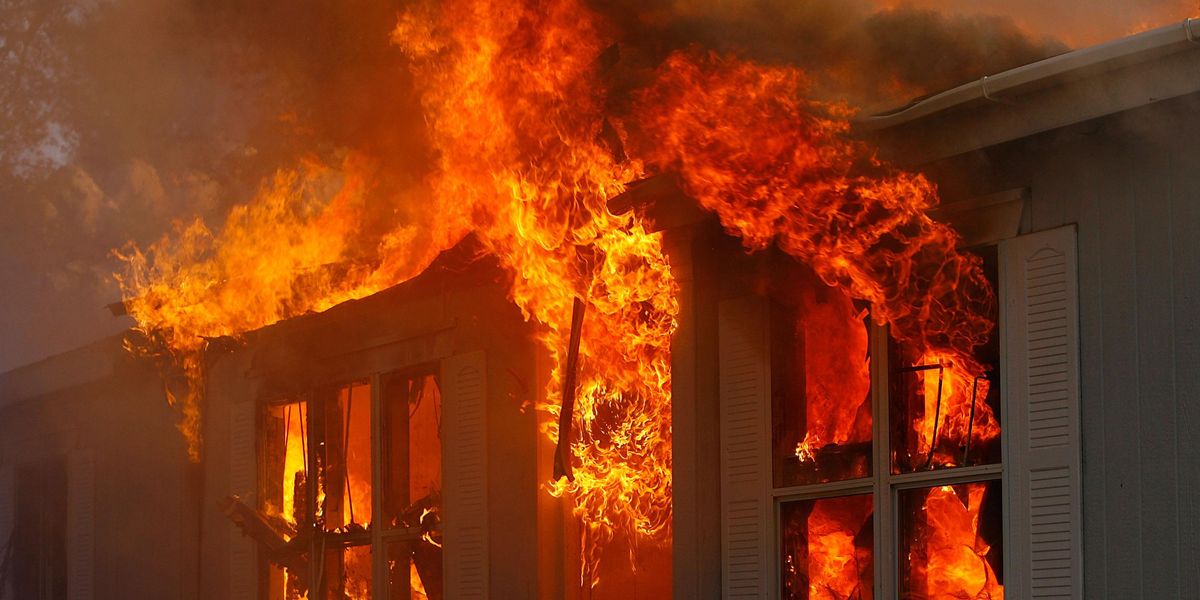 A family lost their home during the holiday season, but thanks to brave 7-year-old Eli, they didn’t lose something even more precious — the family’s youngest member.

Dec. 8 was like any other night. Chris and Nicole Davidson fed their three children dinner and tucked them into bed by 8:30 p.m. However, the Davidsons were awakened in the middle of the night to the smell of smoke in their home in New Tazewell, Tennessee.

Nicole said Chris, who is a former fireman, “grabbed the fire extinguisher trying to buy me time to get the kids, and I grabbed the boys because they were closest to the fire.”

They ran outside, but their 22-month-old daughter was still inside the burning home.

Nicole Davidson said the living room was engulfed by the inferno and prevented her from accessing the bedroom where her 22-month-old daughter was sleeping.

“The scariest moment of my life was when I couldn’t get her,” Nicole said.

“The smoke and fire was so thick there was no way I could get to her,” Chris told CNN. “We went outside to get to her from the window, but there was nothing for me to stand on to reach up there.”

Chris said he “picked up Eli, who went through the window and was able to grab her from her crib.”

“We couldn’t be more proud of Eli,” Chris Davidson said. “He did something a grown man wouldn’t do.”

While the baby was rescued, the Davidsons’ home couldn’t be saved from the devastating fire. There were 20 firefighters on the scene battling the blaze, but New Tazewell Fire Chief Josh Miracle said, “nothing was left.”

The Davidsons have fostered 34 children, including Eli, and adopted two others. But now they don’t have a roof over their heads.

“We lost everything that we have ever had,” Chris Davidson said. “Our entire lives were in that home. Our three cars were also damaged in the fire.”

“It’s devastating. We have nothing,” he said. “You have never been as humble as you are when you don’t even have your own underwear to wear.”

A GoFundMe was launched to help the family financially and has raised over $270,000.

Nicole thanked those who gave donations to the family, “Thank you from the bottom of my heart. I could never repay anyone for their kindness that they’ve shown my family. Please know that it will always be with me, it’s not something you forget about. I am beyond grateful.”

Nicole told an anecdote about Eli’s newfound fame, “I read several of the comments to him, and his reply to me this morning was ‘Mom I’m gonna be famous.’ I still don’t think at his age he grasps what he has done and how phenomenal that is.”