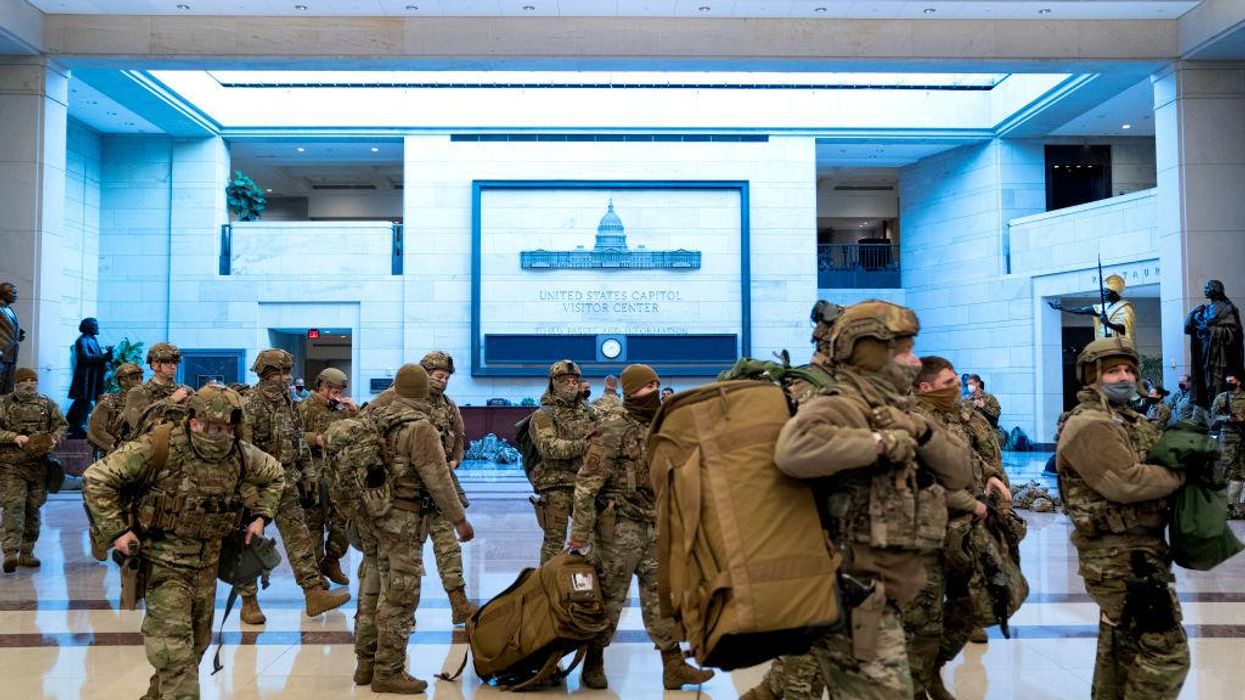 According to Democratic lawmakers who have spoken to the media, at least one plot involves a plan to take members of Congress hostage or even assassinate them as part of an insurrection against the U.S. government.

Reports by HuffPost and others indicate Democratic lawmakers were told of three planned demonstrations that could possibly lead to violence. One demonstration was billed as the “largest armed protest ever to take place on American soil,” according to members of Congress who spoke to HuffPost anonymously.

A second protest will reportedly be held to honor Ashli Babbitt, the woman killed by Capitol Police during the Jan. 6 storming of the U.S. Capitol by Trump supporters.

The third reported plot is a planned insurrection against Congress to remove Democrats from power.

Rep. Conor Lamb (D-Penn.) on Tuesday told CNN he was briefed on this plan, which involves thousands of armed “patriots” who intend to surround the Capitol building and prevent Democratic lawmakers from entering the building.

“They were talking about 4,000 armed ‘patriots’ to surround the Capitol and prevent any Democrat from going in,” Lamb said. “They have published rules of engagement, meaning when you shoot and when you don’t. So this is an organized group that has a plan. They are committed to doing what they’re doing because I think in their minds, you know, they are patriots and they’re talking about 1776 and so this is now a contest of wills.”

“We are not negotiating with or reasoning with these people. They have to be prosecuted. They have to be stopped. And unfortunately, that includes the president, which is why he needs to be impeached and removed from office,” he added.

The reported briefing of Democratic lawmakers by Capitol Police follows a warning issued by the FBI that armed protests are being planned at all 50 state capitols from Saturday through at least Jan. 20, the day President-elect Joe Biden will be inaugurated as the 46th president.

According to ABC News reporter Aaron Katersky, the FBI received information that a group, who is known to the FBI but was not named publicly, has threatened members of Congress that attempts to impeach President Donald Trump or otherwise remove him from office via the 25th Amendment will be met by a “huge uprising.”

It is not clear if any Republican lawmakers received a briefing from law enforcement on planned violence at the Capitol on and around Inauguration Day. TheBlaze reached out to Capitol Police and several Republican lawmakers for clarification and comment but did not receive a response.

“In light of reports of more demonstrations, I urge that there must be NO violence, NO lawbreaking and NO vandalism of any kind,” the president said. “That is not what I stand for, and it is not what America stands for. I call on ALL Americans to help ease tensions and calm tempers. Thank You”