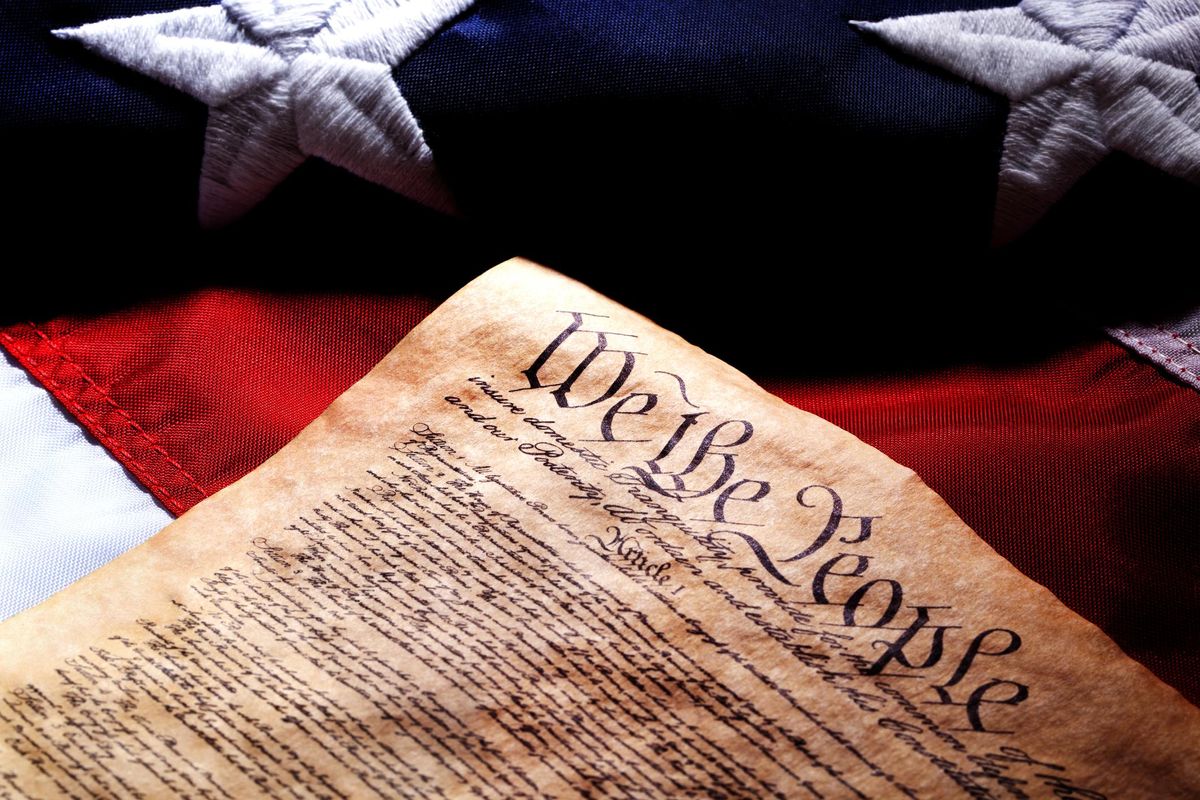 “Let us remember that if we suffer tamely a lawless attack upon our liberty, we encourage it, and involve others in our doom. It is a very serious consideration, which should deeply impress our minds, that millions yet unborn may be the miserable sharers in the event.” ~Sam Adams, Oct. 14, 1771

All politics is local. That is a principle patriots will have to use and maximize to its fullest extent in the coming weeks. As the federal government and many state governments violate the Constitution with COVID fascism and, likely soon, by clamping down on protected political speech, local law enforcement and elected officials will have to step up to the plate and defend our constitutional rights.

Trump won 83% of the counties, in addition to roughly half the states. There is no reason why each one should not become a constitutional sanctuary. If the local sheriff, county commissioners, county executive, school board officials, and prosecutor are all in favor of declaring the county a sanctuary from civil liberties violations, then “there shall be left to mankind an asylum on earth, for civil and religious liberty,” as Sam Adams predicted when embarking in the struggle for independence.

The constitutional sanctuary movement that started with the Second Amendment is gradually moving into COVID fascism and hopefully will be used to push back against any tyranny at the federal level in the coming months.

On Monday night, the Monument Board of Trustees declared Monument, Colorado, to be a sanctuary from restrictions on businesses. This small town in El Paso County voted 7-0 on “A resolution reasserting the rights of the Town of Monument and its residents and condemning the unconstitutional limitations imposed upon their freedoms by the governor of Colorado.”

Specifically, the resolution announced the town will “not abide by any executive orders limiting attendance of and free speech at public meetings within the town.” The trustees called upon each individual business owner to assess his own risk level and willingness to butt heads with the state government.

This is a good start, but county and town governments need to make it clear that they will unite and resist unconstitutional orders against state authorities. We must stop saying things are unconstitutional and then treat them as if they are constitutional. Either “life, liberty, and property” have meaning or not.

To that end, all of the officials in Bargara County, Michigan, a rural area in the Upper Peninsula, united in a letter declaring Governor Whitmer’s orders unconstitutional. The letter, which was posted on County Sheriff Joe Brogan’s Facebook page, noted how the people have not endured such tyranny since the settlement of this continent. “Our citizens’ rights to assemble, to freely practice their religion, to travel, to keep their property, businesses, and jobs, even to dress as they please have all been swept aside, and to what end?” declared the letter, which was signed by the county commissioners, prosecutor, clerk, and treasurer.

The sheriff notes that every state and local official swears an oath to the Constitution. If these measures are not unconstitutional, especially after 10 months of utter failure to even move the needle on taming the spread of the virus, then that document quite clearly has no meaning. “We hereby put the state of Michigan on NOTICE that we have no intention of participating in the unconstitutional destruction of our citizens’ economic security and Liberty,” continued the letter. “We further declare our intention to take no action whatsoever in furtherance of this terribly misguided agenda.”

Another Upper Peninsula county, Delta, passed a resolution supporting the right of businesses to open their establishments. There are a number of cities and counties across the country now considering these resolutions in addition to the nearly one-third of counties that have already declared themselves Second Amendment sanctuaries. SanctuaryCounties.com is keeping track of these developments.

What ultimately needs to happen is that, pursuant to the doctrine of lesser magistrates, communities work together with all their local officials to actively defend – both legally and morally – business owners who are attacked by state or potentially federal officials. Republicans control 31 state legislatures. They have an obligation to pass sanctuary resolutions statewide. In many of those states they have supermajorities to override the veto of a Democrat or RINO governor.

Every county, state, and federal official swears an oath to uphold the Constitution — the same oath taken by federal judges — no more, no less. In justifying why federal courts should have concurrent (not exclusive, as some erroneously think) jurisdiction over constitutional interpretation instead of upholding even unconstitutional laws passed by the legislature, Justice John Marshall pointed to this very oath. “How immoral to impose it on them if they were to be used as the instruments, and the knowing instruments, for violating what they swear to support!” declared an indignant Marshall in his famous Marbury opinion.

In defense of judicial review, Marshall rhetorically asked, “Why does a judge swear to discharge his duties agreeably to the Constitution of the United States if that Constitution forms no rule for his government? If it is closed upon him and cannot be inspected by him?”

Well, as state officials swear the same oath and wield even more robust power directly affecting the lives of citizens than judges do, don’t they have the same obligation to use their powers to counter illegal executive edicts that impose the most unconstitutional social changes imaginable? Changes to our law and society that violate the foundation of natural law and nature’s God, to whom that oath is directed?

If California and New York were able to offer sanctuary to the most vile criminal aliens – and even criminalize the enforcement of duly passed immigration law – then most certainly red counties and states can and must be sanctuaries for American businessmen, schoolchildren, and the Bill of Rights from the clutches of evil and illegal executive power.