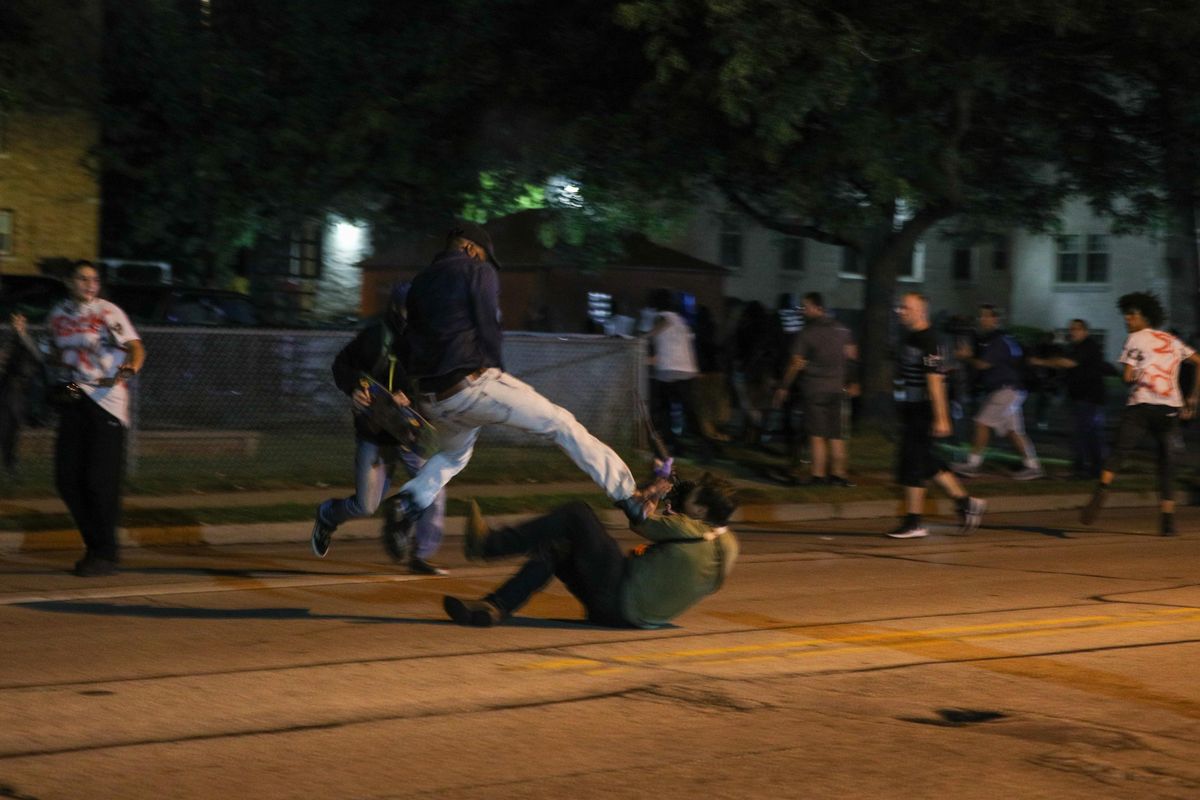 Kenosha County prosecutors are seeking a modification to Kyle Rittenhouse’s bail conditions after he was reportedly spotted out and about with members of the Proud Boys.

During the outing, the 18-year-old also reportedly flashed the “OK” hand sign, known as the “white power” gesture in certain circles.

Though prosecutors have admitted that none of these things are bail violations, they are moving to modify the bail to ensure he’s not able to engage in such behaviors or fraternize with certain people again.

Rittenhouse posted a $2 million bail in November after facing charges of killing two people during an August riot in Kenosha, Wisconsin.

The move comes on the heels of witnesses reportedly seeing Rittenhouse drinking at a bar with his mother. It is legal to drink in the company of one’s parents in Wisconsin.

Witnesses, however, are now saying that Rittenhouse wasn’t just in the company of his mother — but with members of the Proud Boys, according to WTMJ-TV.

Rittenhouse — who was sporting a T-shirt that read “Free as f***” — reportedly flashed the sign while posing for pictures with other patrons at the bar. You can view one of the photos in question here.

WTMJ reported that he “drank several beers and was ‘loudly serenaded’ with the Proud Boys’ official song at a Mount Pleasant bar.”

Prosecutors are now arguing that while these things are not violations of Rittenhouse’s bail conditions, they should be.

“In a motion to modify Rittenhouse’s bond Wednesday, the Kenosha County District Attorney’s Office details Rittenhouse’s Jan. 5 visit to Pudgy’s Pub with his mother,” the station reported. “Rittenhouse stopped at the Mount Pleasant tavern shortly after pleading not guilty to homicide charges in connection to the Kenosha shooting. Rittenhouse’s attorneys argue he fired his rifle in self-defense.”

WTMJ obtained a copy of the Kenosha County District Attorney’s Office, which requested the Rittenhouse be prohibited from consuming alcohol or being present in any establishment where alcohol is served, prohibited from displaying “white power” signs, and prohibited from having any contact whatsoever with members of violent or extremist groups.

You can read more on the filing here.

Rittenhouse is due back in court on March 10.