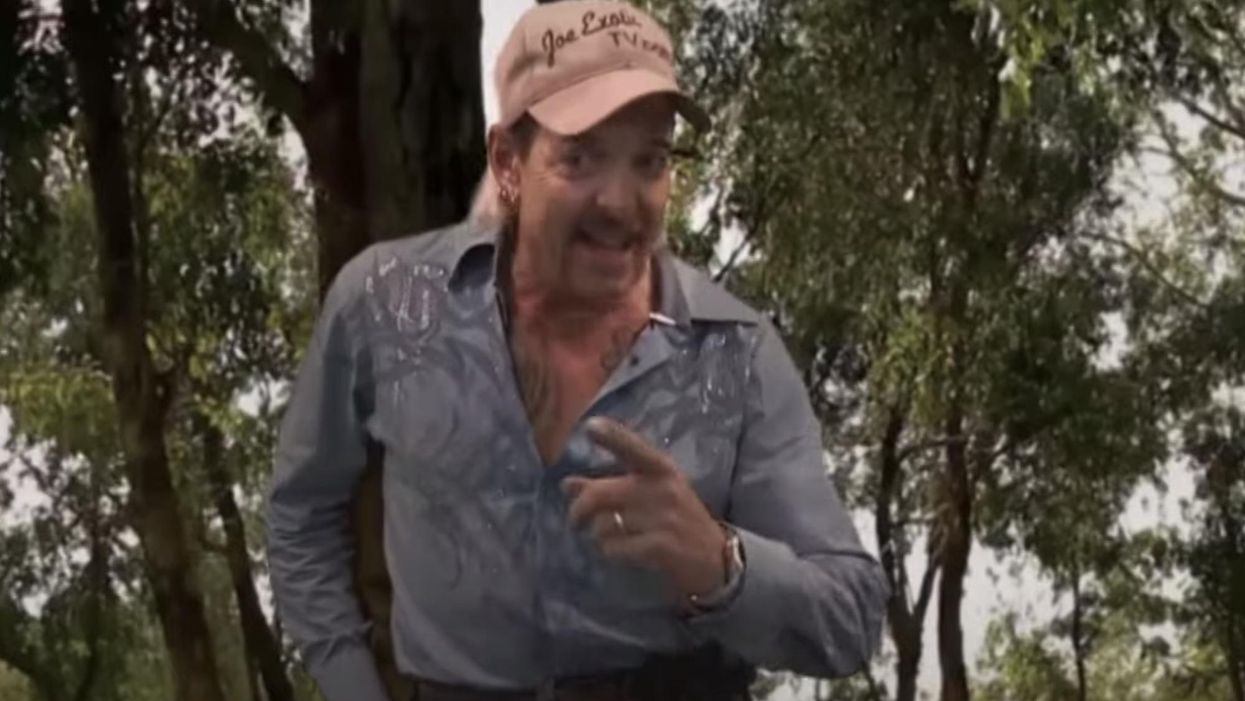 Joe Exotic lashed out at former President Donald Trump after he issued numerous pardons, but didn’t include the famous “Tiger King.”

Joseph Maldonado-Passage tweeted an angry missive denouncing Trump and his son, Donald Trump Jr., on Inauguration Day as the presidency was passed on to President Joe Biden.

“I was too innocent and too GAY to deserve a Pardon from Trump. I only mattered to Don Jr. when he needed to make a comment about me to boost his social media post,” Maldonado-Passage said.

I was too innocent and too GAY to deserve a Pardon from Trump. I only mattered to Don Jr. when he needed to make a… https://t.co/zvwxR6g2bB

“Boy were we all stupid to believe he actually stood for Equal Justice? His corrupt friends all come first,” he added.

Maldonado-Passage’s popularity skyrocketed after Netflix aired a documentary on his travails titled, “Tiger King.” The show was an instant hit as many Americans were stuck at home at the beginning of the pandemic and starved for entertainment.

The former zookeeper and “big cat enthusiast” was sentenced to 22 years in prison in 2019 on charges related to euthanizing animals at his roadside zoo, and also for hiring someone to kill a rival zookeeper.

Maldonado-Passage sought a pardon from Trump and used social media to campaign for it, and at one point gained the attention of Donald Trump Jr., who joked on a radio show that he might bring the cause up to his father.

“Praying hard for the 19th, please keep asking Don Jr. to make sure the POTUS don’t leave us behind in this mess and this slow Justice System. Nearly 3 years now just to prove I’m innocent,” he tweeted Sunday.

Praying hard for the 19th, please keep asking Don Jr. to make sure the POTUS don’t leave us behind in this mess and… https://t.co/KyBIZbLFq5

The “Tiger King” turned on Trump and his son after the former president issued his list of pardons on his last day in office and didn’t include Maldonado-Passage.

If he had obtained a pardon, his team had assembled a beauty crew and ordered a stretch limousine to whisk him away in style from a jail in Fort Worth, Texas.

This is the stretch Limo standing by at #JoeExotic Fort Worth Lawyers office. I’m told they’re waiting on a call fr… https://t.co/Cv9iA3IHAU

Among the 73 pardons and 70 commutations handed down by Trump were rapper Lil Wayne andformer White House chief strategist Steve Bannon.