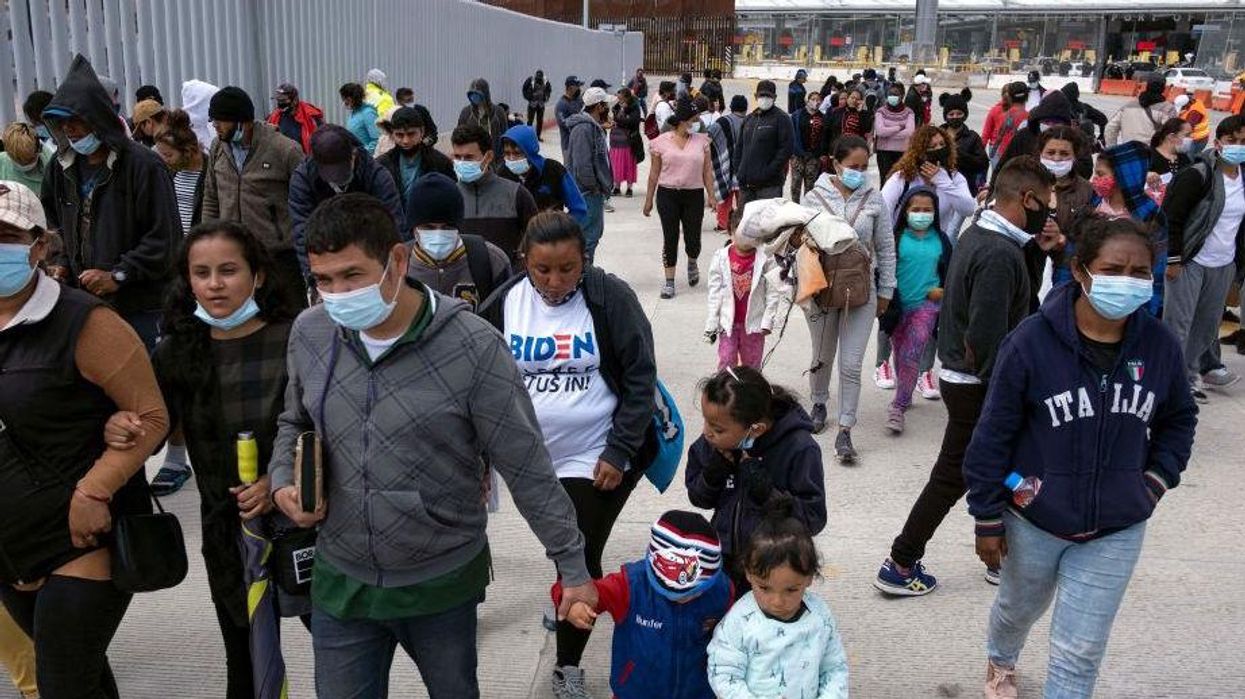 President Joe Biden is considering a new plan that would send American taxpayer money to countries in Latin America in hopes an economic boost would alleviate problems that force citizens in those countries from migrating north to the United States.

News of the plan broke as Biden continues to grapple with a record-breaking migrant surge and intensifying border crisis that his administration has attempted to downplay.

In fact, Customs and Border Protection data revealed that 172,000 migrants attempted to illegally cross the U.S.-Mexico border in March alone, the highest number in more than one decade and an increase of 71% compared to February 2021.

According to Reuters, the Biden administration is considering a “conditional cash transfer program” to help solve problems in the Northern Triangle region Central America, which includes the countries of Guatemala, Honduras, and El Salvador.

Roberta Jacobson, the White House’s southern border coordinator, revealed the existence of the plan. Jacobson did not, however, say exactly who might receive taxpayer dollars and how much money would be spent on solving economic problems in the Northern Triangle.

“We’re looking at all of the productive options to address both the economic reasons people may be migrating, as well as the protection and security reasons,” Jacobson said.

“The one thing I can promise you is the U.S. government isn’t going to be handing out money or checks to people,” she added.

However, an official with knowledge of the plan told Reuters “the options for cash transfers would be to channel funds to individuals through international or local non-governmental organizations that would vet them.”

What is the background?

Biden has already asked for “$4 billion in development aid to Central America over four years to address underlying causes of migration,” Reuters reported.

Biden’s budget proposal, which released this week, requested $861 million for the first installment of that effort. Reuters called Biden’s request “a sharp increase from the roughly $500 million in aid this year.”

A spokesman for the U.S. Agency for International Development (USAID), which administers foreign aid, told Reuters in a statement that it is already using cash transfers in programs “to help people meet their basic needs” in the wake of severe hurricanes in Central America in late 2020. USAID is considering expanding the efforts going forward, the spokesman said.

The United States in the past has used the USAID’s Office of Transition Initiatives to fund work-for-cash programs in post-conflict nations such as Colombia. Such programs can include labor-intensive rural road-building projects.

National Security Advisor Jake Sullivan announced Friday that Jacobson would be leaving the Biden administration by the end of April.

The New York Times called the timing of the news “striking,” but Jacobson downplayed the significance of her departure.

“I leave optimistically. The policy direction is so clearly right for our country,” she told the Times.