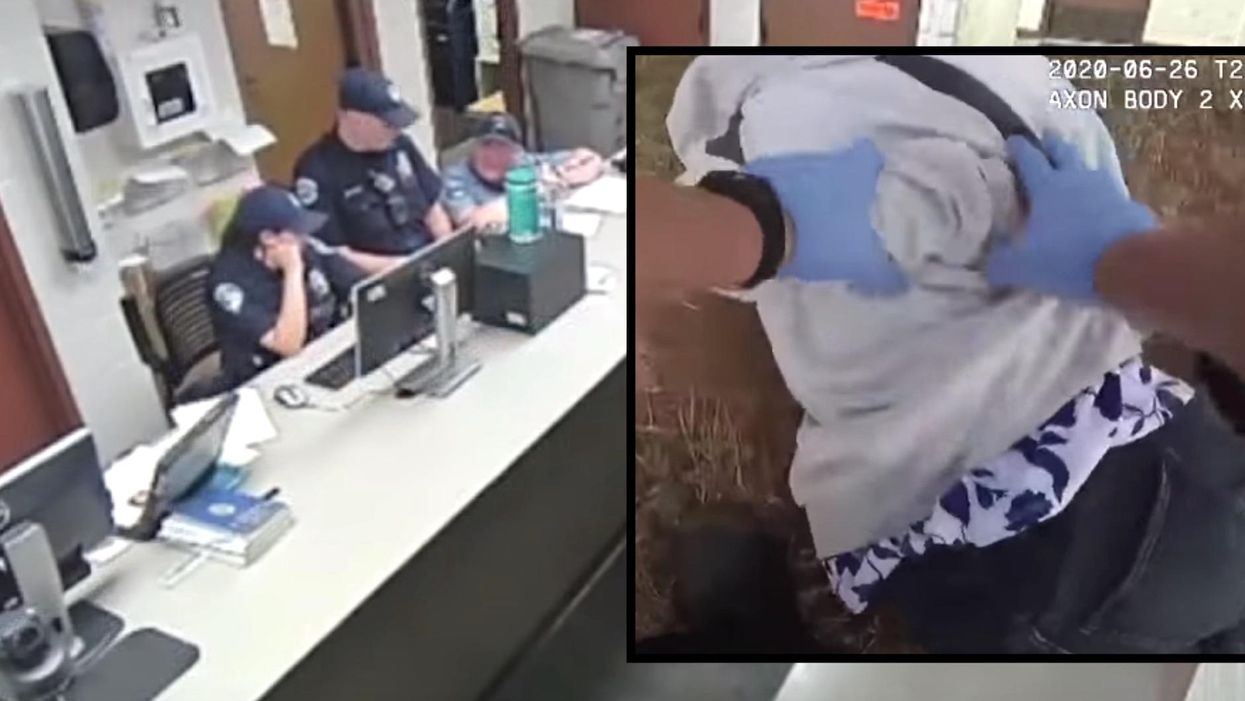 Three police officers who were caught on video laughing about the arrest of a 73-year-old woman with dementia are no longer employed at the police department, according to a statement from the Loveland, Colorado, police chief.

The incident unfolded in June when Karen Garner was arrested for walking out of a local Walmart with items totaling $13.88. Officers encountered her and violently arrested her, leaving her with a dislocated shoulder, a sprained wrist and a broken arm, according a lawsuit against the department.

Sarah Schielke, the attorney for the Garner family, obtained and released a video of three officers reviewing bodycam footage of the arrest and laughing and joking about the injuries to Garner.

One of the officers who arrested Garner is seen on the video joking about the “pop” they can hear during the arrest.

“What did you pop?” asks a second officer on the video.

“I think it was her shoulder,” the officer replied.

On Friday, Police Chief Robert Ticer told reporters that he was involved with the process that led to the dismissal of the officers, but he did not say whether they were fired or if they resigned.

“Our goal at the Loveland Police Department has always been to make our community proud,” Ticer explained. “We failed, and we are very sorry for that.”

Ticer added that a police supervisor involved in the arrest remained on administrative leave. Another supervisor at the jail where Garner was booked remained on duty.

Schielke responded to the statement by Ticer and said it fell far short of the family’s demands.

“These videos cannot be unseen or unheard,” said Schielke in a statement. “If I didn’t release this, the Loveland Police’s toxic culture of arrogance and entitlement, along with their horrific abuse of the vulnerable and powerless, would carry on, business as usual.”

Here’s a local news report about the incident:

Ted Cruz slams ‘evil’ critical race theory as a ‘lie,’ calls it ‘every bit as racist as a Klansmen in white sheets’